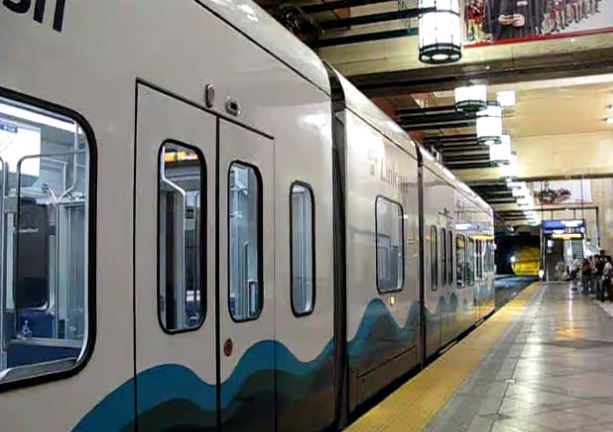 Located currently at 10777 Main St. on the corner of Main and 108th Ave., Northeast on the edge of Bellevue is the existing three-story Surrey building. Real estate developers Pastakia + Associates have recently revealed a new six-story mixed-use project that will take the place of the current building. This project when complete will include nearly 114,000 ft.² of residential space, 1500 ft.² of ground-level retail, and two levels of below-grade parking. The complex will feature over 30 different types of residential units from studio apartments to three-bedroom condos.

The developer applied for a permit last May that would allow the demolition and reconstruction of the Surrey building, once referred to as the Old Seattle Times. It was once the newspaper’s Eastside Bureau from 1991 to 2008. Construction is set for December 2019 with completion expected by the middle of 2021. This building on Main Street is located less than a half a mile from the future light rail station, which is expected to begin service in 2023. Well-designed residential spaces are becoming a hot commodity in downtown Bellevue and Pastakia + Associates plans on cashing in on this prime location.

The general contractor will be Pavilion Construction followed by Encore Architects and Portland-based Vida design for the interior decorating. The developers are Seattle based company that specializes in mixed-use urban infill and currently has 11 projects throughout the Puget Sound region including the Commons at Ballard and Zella on Queen Anne.

Bellevue’s East Link Light Rail is designed to extend 14 miles from downtown Seattle to the Overlake area in Redmond. Their plan to be 10 stations on Mercer Island, South Bellevue, downtown Bellevue, Bell red road, and Overlake. Once completed in 2023, the East Link will also be known as Blue Line.

There will be six E. Link stations as well is the downtown tunnel in Bellevue constructed in several separate segments including the South Bellevue segment, the tunnel, which is a half-mile of a tunnel from Main Street to NE. 6th St. currently underway, the central Bellevue segment and the Bell red segment. Many are already under construction for Highway 520 and I-90, all projected to be completed around 2023.

So you can see the capitalizing on locations and buildings within a block of these is stations will be highly valuable, very popular, and are projected to bring the most return on investment.

For more information on construction or any tenant improvements in building surrounding these future Metro stations or anywhere in Bellevue, the east side, Seattle and North, contact Viking Construction Group. 425-286-8131