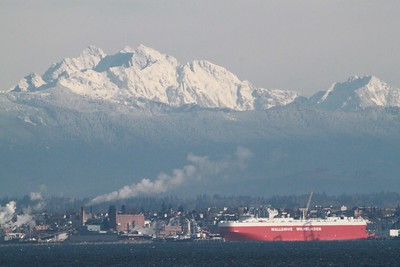 After seven years, the Port of Everett now officially owns the former Kimberly-Clark Mill property down on the Everett waterfront. This $33 million purchase closed on November 8, 2019, and will continue to develop three-quarters of the 77 acres including the former mill site. The port will use it for maritime projects and location essentially increasing the size of Everett’s international seaport.

Everett is proud to bring back family-wage jobs and expand the maritime commerce to the area. The ever waterfront is already getting a major facelift with new projects, condominiums, retail outlets and restaurants, something the area has lacked for quite some time.

The former Kimberly-Clark Mill made a variety of products including household paper items but closed in 2012. The property has since been for sale by brokers Dave Speers and Matt Henn. The sale combines with the Port of Everett’s commitment to upgrading and expanding its services and operations within the community. Kimberly-Clark will begin the environmental cleanup of the site in 2020 and will create a clean slate to support maritime job growth for years to come.

Currently, the site includes a 360,000 square-foot warehouse space with over 2500 lineal feet of waterfront. It’s located directly between the Port of Everett terminal and the Navy station. [Source]

Planning your next commercial project? Perhaps you need some repair and restoration, tenant or leasehold improvements or are planning a major remodel of your personal residential home, whatever the case may be, contact Viking Construction Group located in downtown Everett and expanding from the Canadian border to California.